Solana Now Has a Beer—With DeGods, Okay Bears and Other NFTs on the Can 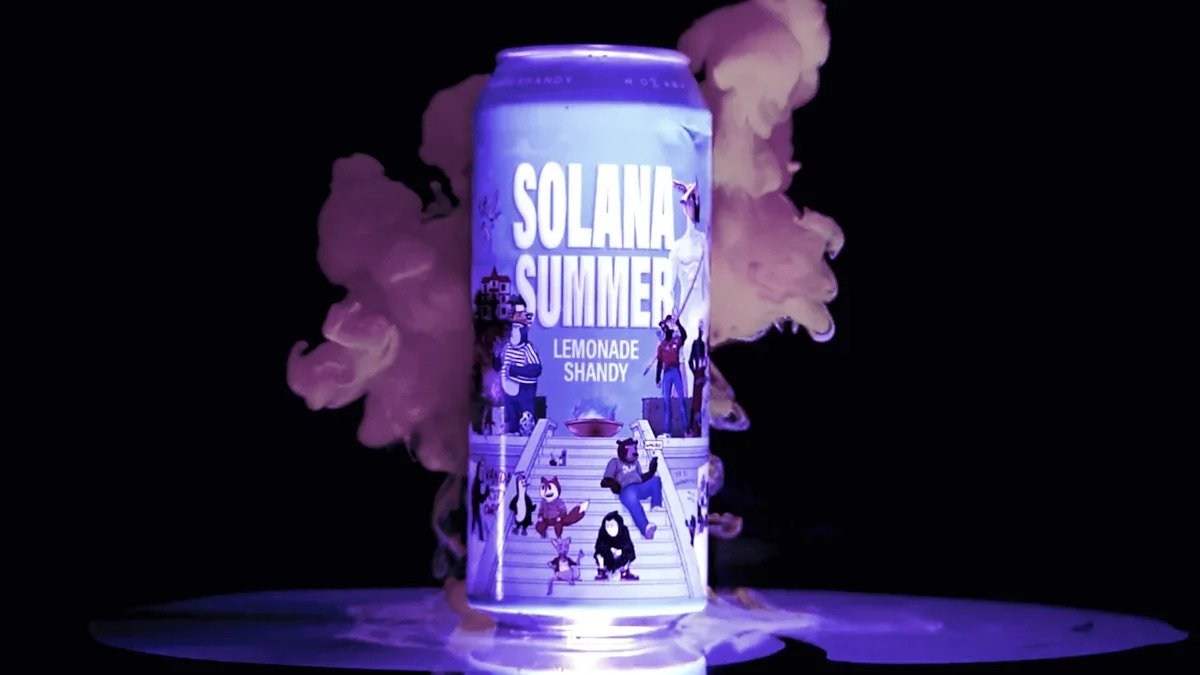 There’s a Solana smartphone, and a Solana IRL store—and now a Solana beer.


Instead, the beer is the creation of barrelDAO, a brewery and distillery that is governed by users. Solana Summer Shandy is being released in limited quantities: just 333 total 16-packs of beer, each represented by a Solana NFT that can be purchased today and then redeemed starting Monday to receive the beer.


BarrelDAO intended to launch the sale earlier this afternoon on the top Solana NFT marketplace, Magic Eden, but as of publication was apparently issues with the drop with the drop. Each 16-pack sells for 1.35 SOL, or nearly $45 at present, and that price includes shipping to the United States, United Kingdom, and Australia.


And the beer represents Solana in more than just name and redemption tokens: the cans are also plastered with original artwork by Mark Lauthier featuring references to a wide array of Solana-based NFT projects, along with specific avatars within those collections. 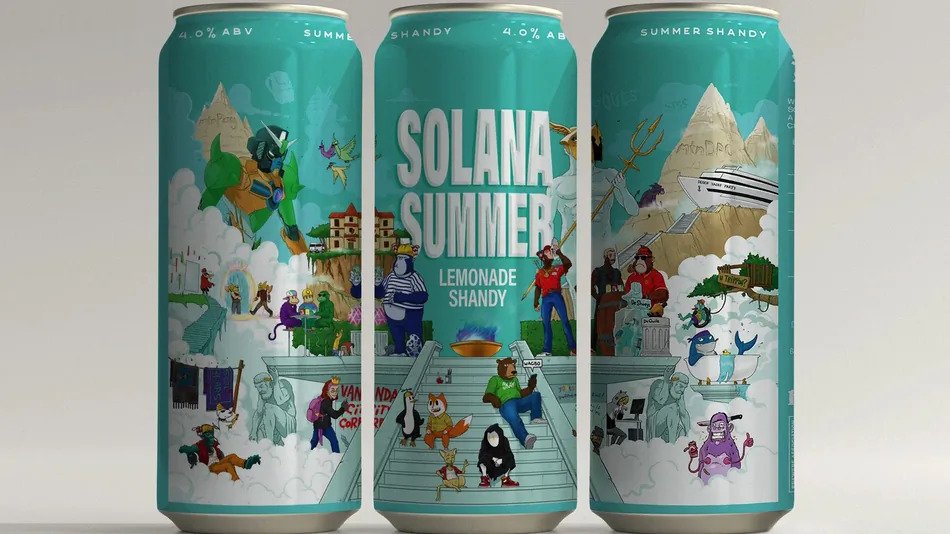 
"Over the past three days, we painstakingly went through and licensed every single NFT used in this can design,” Goldman said Thursday. “We knew that this could kick off a big conversation about IP in the NFT space, and wanted to be sure that we set a standard for other [consumer packaged goods] brands to follow.”


In addition to launching NFT tokens to redeem for real beer, barrelDAO is also selling NFT versions of the digital artwork. Each edition of the artwork will sell for 0.69 SOL (about $23) and provide holders as-yet-unspecified benefits around future barrelDAO product releases.